Earth Wind & Fire (EWF) is undoubtedly one of the greatest bands of all time, as their claim to three of the four natural elements suggest they should be! Hits like In the Stone provide EWF fans an Afrofuturistic portal through which to access and interpret some of the Mysteries of ancient Egypt, the “gift of the Nile.” Djehuti – god of communication/writing, magic and wisdom – recognized Africa as god’s chosen land where the northward flow of the Nile gave rise to sacred Mysteries, mythologies and the architectures that arose along its river-banks. He referred to this psycho-geographic mirror of heaven-on-earth (known locally as Maziwa Mkuu – “the Great Milk” or Milky Way) as the Temple of the World.

At Uaset on the river’s east bank, Ipet Resyt – the “southern sanctuary” of god/dess consorts Amun-Mut – was constructed to resemble the human form. It was at such temples where ancient Mysteries were housed as sacred knowledge for chosen initiates. Inscribed within the stone walls of this temple’s ‘throat area’ is the pre-Christian Annunciation [1350BCE] from Amun to his beloved about the divine child and savior-figure she would bear.

Well-versed in such ancient Theogony, some of which he himself is said to have authored, Djehuti understood EWF as base elements that separately defined each of humanity’s precursors to the current Age of the Bearer of Water – the 4th element which is swayed by the moon and, like Earth is organically associated with the Divine Feminine [Mut]. The current Age of Aquarius is defined by this being the constellation the sun moved into on the spring equinox in its 26,000-year journey through all 12 zodiac houses. Each successive grand age (approximately 2 millennia per sign) is heavily influenced by the sign’s element:

EARTH is the element which defined the Age of Taurus between c4400-2200 BCE, a time period traversing the Bronze Age which followed the previous Age of Gemini and supported the evolution of material culture around the world. Characterized by some as humanity’s Age of Growth, this was the grand age when the Sun was in the fixed sign of Taurus [Ausar – The Bull of Eternity] 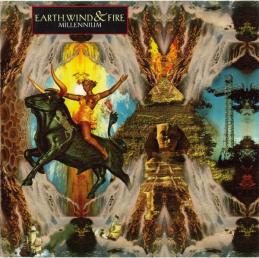 Called Sema Tawy, this unification was symbolized as a human trachea rising from the lungs entwined with the papyrus (north) & lotus (south). Narmer‘s was the first of 30 successive dynasties which ruled and maintained civil order through a centralized government from the capital of Memphis.

Ptah – god of craftsmen and sculptors who was venerated during this period – was heralded by Apis, the sacred bull-deity of ancient Egypt who was also the symbol of the Pharaohs of these times.

By 2400BCE the basic formulation of the myth regarding Ausar-Auset, and their posthumously-conceived son Heru’s further contendings against Set (murderous throne-usurping god of foreigners, plague and chaos) was in place – a universal archetypal narrative which has survived from the Pyramid Texts to this day in derivative religious forms and “good-versus-evil” scripts and schemes that have been executed for better or worse around the world. Technological advances during this Age of Growth included the invention of hieroglyphs [Djehuti] & manufacturing of papyrus/paper which helped facilitate record-keeping, communication, etc.

the Giza Pyramids and the Great Sphinx which connect earth organically to heavenly powers. Seen another way, EARTH is the English language anagram for HEART… an ages-old Mystery mapped out from humanity’s womb and written in African stone… which “Set” violated.

FIRE is the element which defined the years that led from c2200 BCE [following a chaotic transition between Egypt’s Old & Middle Kingdoms] to the beginning of the Common Era. This was the period when the Sun relocated from Taurus in its ongoing precession to arise in Aries [Amun The Ram] – leader of the Zodiac, and the cardinal sign which begins the Spring season in the northern hemisphere. Uaset [Thebes/Luxor] had superseded Memphis as the ancient Egyptian capital by 2240BCE. Amun, now the venerated deity, was worshipped in two main temples where the Gemini bonds formalized during the Age of Taurus continued to be upheld and ritualized at Amun-Mut‘s Ipet Isut [northern sanctuary – Karnak] and Ipet Resyt [southern sanctuary – Luxor].

Ipet-Resyt is where eternal truths (including those held in the ‘throat area’) are written in the stone, such as The Kingdom of Heaven is within you… Know Thy Self. The Age of Aries is thus characterized by some as the Age of Law because this is when humanity’s first codes of justice and moral instruction were recorded. Notable also were the Negative Confessions upon which Judeo-Christianity’s Ten Commandments were later formulated from the Papyrus of Ani source, recorded c1275-1250BCE during the prosperous New Kingdom era. Also known as the Declarations of Innocence, this recitation in the Halls of Judgment of 42 uncommitted sins facilitated the transition of the soul between their earthly incarnation and the afterlife.

The soul was weighed in the scales against the feather of Ma’at, goddess of Truth, Balance, Divine Order, Reciprocity & Justice [Libra]. The Age of Aries additionally saw the rise of Akhenaten, whose reputation became that of ‘the heretic king’ after his unwelcome cultural reforms, including the self-centered monotheistic cult of Aten-worship he instituted & oversaw from Amarna [1353-1336BCE].

WATER is the element which has defined the Common Era (Gregorian calendar) years to date during which the Sun transitioned to arise in Aries’ neighboring constellation of Pisces, and usher in what some have defined as the Age of Faith. The evolution of transportation empowered the global reach and agendas of major patriarchal religions: Judeo-Christianity, Islam, Buddhism… Though core tenets of their holy books were in agreement with each other – often representing derivative text from ancient Egyptian sources – several interfaith and intra-faith wars broke out during this period, due in part to extremist cult elements that developed.

Africa’s experience during the Piscean Age of Faith – which began with the Greco-Roman construction of a Gregorian timeline around the life of Jesus (savior-figure of Judeo-Christianity) – has been a major revelation of the enduring myth written in ancient Egypt during the Age of Taurus. Ausar-Auset-Heru were the original holy trinity whose very being was tested by Set – god of foreign invaders, plague and chaos.

Jealous of their Heaven-on-Earth glory in ancient Egypt, Set murdered King Ausar, and scattered his 14 mutilated body parts into a wilderness where Queen Auset was forced to conduct her search-and-recovery mission as Set illegitimately assumed the Egyptian throne. The “wilderness” is allegorical to Africa’s experience of chattel slavery [1619-];

the colonial rape and reconstruction of Africa [1884-]; apartheid [1948-] etc. All at the hands of foreign invaders [“Set”] who justified such acts and their accompanying atrocities in the name of the god(s) of their “faith.” In the ancient mythology, Auset mummified the 13 pieces she was able to recover of her husband, and relied on divine intervention to posthumously conceive their son Heru, despite Ausar’s missing 14th piece, symbolized as the tkhn. Christianity translated this episode into its account of the “Immaculate Conception,”

replacing Heru with “Jesus” as the avenging son and savior (crucifixion notwithstanding) who restores Heaven-on-Earth’s rightful rule. “White Man’s Burden… Manifest Destiny… American Exceptionalism… Trumpism…” – samples of the Age of Faith’s cult-like justifications and controlling narratives that continue to be extolled by certain factions.

AIR is the element which will define the next 2,000+ years as humanity decides what the narrative and legacy of this new Age of Aquarius should be(come) during the sun’s rising and sojourn prior to travelling from the Aquarius constellation to the next – presumably Capricorn. 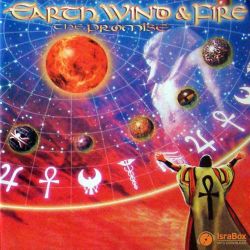 What’s fascinating to me is that the sun’s own path of enlightenment is a reverse journey through the western zodiac which is sequenced as Aries ruling the 1st house… Taurus the 2nd, Gemini the 3rd etc. through to the 12th and final house of Pisces. As Sankofa from the ancient African wisdom of the Akan suggests, perhaps there was something forgotten, lost, or stolen from a previous era which is absolutely necessary for humanity’s holistic forward movement? 2019 – Africa’s “Year of Return” – marked the end of 400 prophetic “wilderness” years [via Set] in the northern hemisphere. One might view this as an initiation period in which the south-north bonds [UbuNtu] that were avowed in ancient Egypt during the aforementioned Ages of Ausar [Taurus] & Amun [Aries] following Egypt’s pre-Dynastic Age of Gemini are once again affirmed. Some have referred to 2019 as the “Year of the Divine Feminine” and 2020 as the “Year of the Divine Masculine,” while envisioning 2021 as the reunification “Year of Divine Twins” [Gemini].

Aquarius, the fixed air sign in western astrology, is symbolized as the water-bearer of the zodiac. Divine Twins who’ve spent lifetimes journeying towards reunification through self-reflection now offer their enriched cups to each other & say to the emotional water element within, “Be still, and know that I ❤ AM GOD” [Psalm 46]. Air, the element Gemini & Aquarius both represent, is the communicative energy which reveals itself in Kemet’s south-north/lotus-papyrus unification symbol as well as the annunciation in the ‘throat area’ of Ipet Resyt [southern sanctuary – Luxor]. Perhaps this Age of Aqua/New Earth will be a revelation of the ancient Mystery of True.Love.Written.In.The.Stone [EWF]  Blessed Be ❤ ❤ ❤