In 2009, after weeks of frustration with my Chinese students’ inability to cope with simple English texts in a science course, I encouraged them to read the China Daily. It was not equal to the entertaining stories or Andy Capp cartoons I enjoyed reading as a child in the Uganda Argus (formerly a British newspaper) thanks in large part to bedtime stories like Cinderella, Red Riding Hood, and Dr Seuss that my mother read aloud to help me overcome my own English reading difficulties. 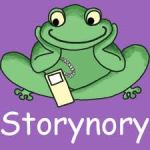 Determined to use my mother’s methods to help my students with reading, I explored the Internet for resources and came across a promising website with a mascot named “Prince Bertie the Frog.” (Formerly a trendy young royal, “Bertie” dreams of the kiss from his beloved Princess Beatrice that will turn him back into a Prince.) As fate would have it the Englishman behind this audio-story website had been conceived in Uganda during his father’s tenure up until 1959 as District Commissioner of Kigezi, the region in whose hills I was born in 1957. Both father and son were named Hugh Fraser.

I suspected that, as a colonial officer, Hugh Fraser senior would have known my parents who, at the time, were amongst a shockingly small number of British-educated professionals. My father confirmed as much to me during my visit to Uganda in the summer of 2009: “Hugh Fraser taught me everything I know about politics and administration. He was the DC when you were born. I spent my holidays as a university student translating for Mr. Fraser as we travelled through Kigezi District together.”

I reached for my phone and rang the son of my father’s mentor and had him hear for himself everything my father had to say about his family. I understood exactly what Hugh must have felt during their 40-minute conversation. Following my mother’s death in 1995, I had elected to move to Britain to be near my godmother, who had mentored my mother and guided her into a teaching career.

My mother, Irene Rosemary Nduluma, had an extraordinary history. Like many of her contemporaries in Kigezi District she was born into a family of subsistence farmers. One day in 1921, her father, Anderea Nduluma, a farmer, stumbled into two Englishmen soon after their arrival in Kigezi. After being turned down for work permits in Rwanda – then a Belgian colony known as le paradis du Congo – they established a temporary missionary station in our district; the farthest British post nearest to the Belgian territory, from where they hoped to launch a missionary campaign into Rwanda in the future.

It would take ten years to do so. Meantime, they devoted those ten years to building churches, hospitals and schools in my district. From their temporary base they travelled widely in the hills of Kigezi on their motorcycles. It was during one of these excursions into the countryside that they met my grandfather. The friendship that ensued led my grandfather to choose to become a “reader,” learning to read and write and, eventually, to choose Christian teaching. In time, my grandfather would become one of the first people in Kigezi to accept that it was time to change our way of life.

Deeply influenced by the appearance of his missionary friends on the scene, he became a leading proponent of Christianity and its teachings in the early 1920s following the violence that maimed and killed Africans refusing to embrace local resistance against British colonialism. Christianity offered relief from the region’s recent traumatic episodes of “witchcraft” and civil violence. Many people chose to become Christian “readers” to escape the shocking impact of those events.

My maternal grandmother, Janet, was one of those readers. The social and spiritual matrix of Christian values built by both British and native missionaries brought her into contact with my grandfather. Her death in childbirth during the mid-1930s was followed by a painful period for my mother and her siblings. My grandfather, whose missionary work depended on a stable family base, married again only to be disappointed by the choice of stepmother he had made for his children. After consulting with his British missionary friends, a surprising solution was found: Miss Constance Hornby, an Englishwoman who headed the only girls’ school in Kigezi, offered to bring up my mother and her siblings in her home.

Removed from the harsh domestic environment created by her stepmother and encouraged by her father’s value of education for his children, my mother grew up with lofty ambitions from age 7. Seven years later, at the instigation of another English missionary teacher, she would defy a District Commissioner’s prejudice against girls’ education and score the highest marks of any student in Uganda, beating the boys he had prized above her. In time, she would reap many rewards for her excellence in scholarship, including a nationally contested bursary to attend the University of Bristol in England.

In 1948, during a national choral music festival in Kampala, my parents met for the first time. They were both Choir Prefects of their schools, specialising in the British-taught SATB choral tradition.

AUTHOR NOTE: Edward Nobel Bisamunyu was born in Uganda on 18 July 1957 to two former students of “church schools” of the British Church Mission Society (CMS), whose members transformed East Africa. He attended schools in Uganda and Kenya before reading for degrees in Biology and English at Kent State University, Ohio. Later, he joined Harvard University as a Research Assistant in medical and biological research while teaching Kiswahili at Boston University. In 1996, following his mother’s death, Edward returned to his historical roots in the British Commonwealth by moving to England to spend some time with his godmother, Lilian Clarke, an Englishwoman who had a substantial role in his mother’s education. Today, Edward teaches Chemistry in the pre-university Sino-Canadian Program in Henan Province, China. Edward has recently published the first book of grammatical analysis of his language, Lunyankole-Lukiga. His interests include mountains, reading, tennis, travelling, photography and piano.