Master Drummers ~ The Gods Are Awake!

“Strummin’ my pain with his fingers, singin’ my life with his words… Killin’ me softly with his song…” (Roberta Flack).

In Africa it is said that each person has a rhythm to which they alone dance.  Women of certain groups will gather around an expectant mother to pray and meditate until they hear “the song of the child.” Abbreviated in the name that child will be given, this song is chanted in the village to begin their education after they are born. The song may again be sung during their initiation into adulthood and marriage, at times throughout their life when they need to be reminded of their song (or true identity), and then at their eventual transition into the next life. In societies with strong drumming traditions, it is the master drummer’s role to know and become conversant with each person’s song, rhythm and place in the communal dance. 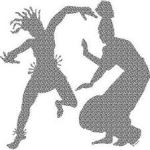 A true master drummer has to be called to the drum, often from an early age. This highly respected status that is conferred by other master drummers is not easily earned. Technical agility represents only a stage through which the would-be initiate passes. In the Minianka society of Mali for example, entry into this specialized class of musicianship takes extreme dedication to master and play each rhythm, dancer, group, and ceremony with a fluency and dexterity to suit the often moment-by-moment requirements of each situation. The drummer must understand nuances of body language and other conversational cues in order to dispatch his interactive role with unquestionable finesse. As if his performance were itself the sacred heartbeat that bonds the invisible and visible realms, a true master drummer must be able to touch what is deepest in the music and mediate what is essential to the culture and social situation.

Masters of the music profession in the west are recognized through various institutions, including the National Academy of Recording Arts and Sciences through its Grammy awards ceremony, now in its recently celebrated 55th year. However, when a master drummer graces the Grammy stage, it is not because this industrial for-profit model compares as a social institution to the one in Africa where his specialized role in the community is traditionally regarded as a high calling.

Ingrained in the cultural memory of the African-American master drummer is the notion that the bantu/human stakes are too momentous for them to refuse this high calling to step into the role of moderating the communal pulse. This despite the impact of genocidal cultural aggression such as the wholesale destruction of African drums by slave-masters intent on disrupting indigenous channels of communication and means of organization. But even in a culturally traumatized state, over the course of history master drummers have found ways to strategically mask and skillfully deploy their oral communication traditions in the global village.

Master drummers have announced the heartbeat of a new genre at each evolutionary turn pop music has taken in the west ~ an industry that began in the 1830s with African songs and dances that were ritualized on slave plantations being appropriated, lampooned and popularized as entertainment by black-face minstrel performers to their white consumer audiences. Jazz brought a new civility to this level of discourse in 1920s America. Nurtured on the cultural energies of New Orleans’ Congo Square in a conversational flow with those migrating to industrialized north and mid-west cities, master drummers reasserted their cultural role in the articulation of this new rhythm that defined the Harlem Renaissance era alternatively known as the Jazz Age. They went by such names as Eubie Blake, Jelly Roll Morton, James P. Johnson and other masters too numerous to mention.

The rhythmic jazz conversations from the north became infused with the blues from the south to evolve the style that came to be known as rhythm-&-blues. Soul music in turn was born from the sexually-charged rhythms of the dance-hall in union with the emotionally-charged rhythms of the Black church. In all of this cultural generation and regeneration, the overarching mission of the master drummer was to become conversant with the visible and invisible spaces – north/south… sacred/secular… black/white… mind/body/spirit… – inhabited by members of his community in order to create and maintain a unified rather than an abstract and segregated oral-aesthetic field. Luminaries of these genres include Louis Jordan, Ray Charles, Fats Domino, Sam Cooke, Chuck Berry, Aretha Franklin, Little Richard, Ruth Brown, Otis Redding, James Brown…

When he placed the rhythmic emphasis that defined funk on “the one” – the downbeat – Godfather of Soul, James Brown cemented his legacy as a master drummer. And his anthem, “Say It Loud, I’m Black and Proud” – along with Nina Simone’s “Young, Gifted, and Black” – became the communal mantra of a new era of cultural assertiveness and rebirth (Independence and Civil Rights) in Africa’s global village. Brown’s songs went on to become the most sampled in the history of hip-hop as the communal conversation evolved yet again.

Jamaican-born master drummer DJ Kool Herc became the Father of Hip-Hop in the 1970s by transforming turntables from a medium of playing back recorded sound on vinyl discs into a musical instrument on which the lexicon of hip-hop beats and grooves were created. Other DJs followed Kool Herc’s lead, but it would be Grand Mixer DXT (formerly DST) – whose 1983 Grammy performance of Rockit with Herbie Hancock brought turntablism or scratching to the world’s attention. When, during a separate ceremony, DXT conferred the title of “Grand Mixer” onto DJ Qbert in recognition of his mastery of turntable-ing, it was representative of the traditional African institution of induction into the master drummer ranks.

Qbert, a Philippino-American, describes his experience while turntable-ing as “the zone… or Nirvana. It’s like you’re not playing the instrument. It’s like you’re the instrument and the universe is playing you” (see “Talking Drum” motif). Recognizing the human stakes towards which he feels destined in his calling to the drum tradition, Qbert’s consciousness has evolved compatibly with ubuntu. He says, “I believe everyone is one… connected… everyone affects everyone… everyone is part of you” (from Scratch).

These words echo those of master drummer in his own rights, King of Pop Michael Jackson who, as Captain EO says, “You’re just another part of me.” Jackson’s initiation of course came at a very young age from the campus run by his elder, master drummer Berry Gordy, who orchestrated Motown’s “sound of young America” – which played a highly significant diplomatic role in the global village in conjunction with the 60’s renaissance. This consciousness of being both the master and the instrument of a higher power is the sacred space custodial masters of Africa’s oral traditions occupy and mediate the communal dance from. As a member of that community, I too must remember their song(s), honor it (them), and give thanks for the song(s) they call(ed) and know me with!

One Comment on “Master Drummers ~ The Gods Are Awake!”