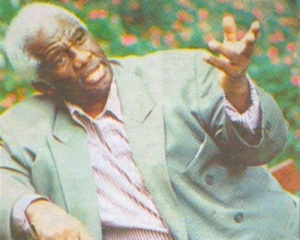 Mazisi Kunene – freedom fighter, literary icon, Africa’s poet laureate, and South Africa’s first poet laureate – was born in Durban, in the modern-day province of KwaZulu-Natal on May 12th, 1930. Kunene championed African oral traditions, conveying their inherent value in his writings which were originally in Zulu before being translated into other languages.

Best known for his poem Emperor Shaka the Great and Anthem of the Decades: A Zulu Epic Dedicated to the Women of Africa, Kunene was greatly inspired by the culture, religion and history of his people, particularly in relationship to black liberation struggles against brutal systems of colonialism, apartheid, and slavery.

He wrote from the belief that, as with African art-for-life’s-sake oral traditions, literature should function to teach social values and cultural philosophical concepts rather than become art-for-art’s sake after Western traditions.

By age eleven, Mazisi Kunene’s Zulu short stories and poetry were being published in papers and magazines. In later years as a student at the University of Natal, he critiqued Zulu literature’s increasing trend towards Western emulation in his Master’s thesis entitled An Analytical Survey of Zulu Poetry, Both Traditional and Modern. Kunene continued to be recognized for his creative endeavors in South Africa, including winning the Bantu Literary Competition Award in 1956. His intention to pursue a doctorate at London’s School of Oriental and African Studies in 1959 got overtaken by liberation politics. 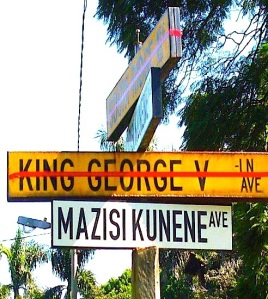 Kunene headed the anti-apartheid  African United Front and became the chief representative of the African National Congress (ANC) in the UK and Western Europe in 1964. South Africa’s apartheid government subsequently banned Kunene’s works in 1966. While in exile he was able to raise funds and support for the ANC from renowned figures of the western art world such as Picasso and Chagall.

Kunene also served as a Cultural Advisor to UNESCO, the organization which awarded him the title of Africa’s poet laureate in 1993. In 2005 he became South Africa’s first poet laureate.

I had the honor and pleasure of meeting this African giant before his return to South Africa in 1992. We met in his office at the UCLA campus where he’d been Professor of African Languages and Literature since 1973 and, coincidentally, where I’d struggled with prevailing Eurocentric approaches to studies of African phenomena including the formalized separation of African and African-American [then ‘Afro-American’…] Studies; and Egyptology as a “Near Eastern” subset, despite Egypt’s foundational Mystery as the gift of the Nile. Before I left, Professor Kunene autographed a poem entitled Creative Powers that he’d previously written and had printed on an oversize, decorated sheet of paper. He gifted me with it [pictured below]. I remember this precious ancestral soul and cultural giant on his B’Earth’Day today with much gratitude and praise ❤