August 8th, known as the Lions Gate, has been revered for several thousand years as the date that marks the peak of an influx of high-frequency energy onto planet Earth from the star Sirius, which is in its closest proximity to earth from July 26th through August 12th – the full period of the Lions Gate opening or Galactic New Year. Second in brightness only to the sun, to Ancient Egyptians this star was revered as their “Spiritual Sun” and referred to as Auset’s star Sopdet – Spdt, meaning “she who is sharp.”

The Lions Gate is the annual season when Spdt comes into her most pristine alignment with Re [the Sun], Geb [the Earth], and Sah – the Hunter constellation identified with ancient Egypt’s King Ausar – called Orion in Greek. During this cosmic portal, Sopdet – the spiritual Sun – emits an ancient activating energy so powerful as to cause the annual inundation which has sustained Nile River Valley communities over several millennia, whilst spurring the collective ascension of human consciousness throughout earth – the land or house of Geb/Keb. As God Djehuti proclaimed, “If the truth must be told, this land is indeed THE TEMPLE OF THE WORLD…” The August 8th peak of the Lions Gate is when Sopdet is said to perfectly align with the shaft from Queen Auset’s Chamber within the Great Pyramid of Giza, in concert with that from King Ausar’s Chamber aligning with Alnitak, one of the three stars of the Hunter constellation’s belt. Known as the “3 Wise Men” or the “3 Sisters,” these three stars form the cosmic blueprint from which the complex known as the Pyramids of Giza was built.

“As above, so below… As within, so without” are codes which remain key to Kemet’s ancient Mystery System. Thus, the Nile River represents the Milky Way (called Maziwa Mkuu in Kiswahili, meaning ‘great milk’) on earth ‘below’ as in heaven ‘above’. Two lions are said to hold open this magnificent time-space portal, one of which is represented by the Great Sphinx whose figure is an earthly representation of the constellation of Leo and a key piece of the puzzle of relationships within the Milky Way galaxy ‘above & below’. Lying on the west bank of the Nile river, the Great Sphinx is poised with its tail to the west [where the sun exits] as it faces directly east towards the sun’s reentry. 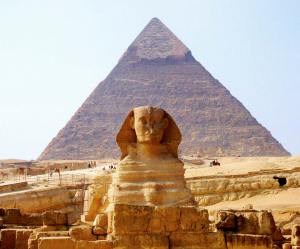 The Lions Gate [7/26 – 8/12] opens within the astrological season of Leo, adding to the influx of regal energy from the alignment between Earth and the Universe’s Galactic Center, which reaches its peak on 8/8 over African soil. It is a powerful reminder of Heaven-on-Earth’s potency, symbolized ‘within & without’ through the quintessential Divine Love that exists between cosmic Hunter Ausar and his earthly Gatherer, Throne Queen, and Spiritual Sun – Auset.

According to the mythology of Ausar-Auset, in a jealous bid to usurp their Heaven-on-Earth throne, Set murders King Ausar, dismembering his body into 14 parts and scattering them in the wilderness [African Diaspora] so as to prevent his resurrection and return. Set the antagonist is god of chaos, foreign oppressors, violence, perversion, illness, and the desert who caused Egypt to be widowed of the gods and humanity to be trapped in his false predatory & parasitic matrix. After widow Auset searches the wilderness and manages to retrieve and mummify only 13 of her husband’s mutilated body parts, it is up to Heru, her posthumously/immaculately-conceived son with King Ausar, to become the Warrior who avenges his father’s fate and restores divine order to the kingdom by defeating Set…

Africa’s Acacia tree, which is sacred to goddess Auset, has long been associated with ancient mysteries including the secrets to life, death, healing, sustenance, and resurrection – hence their organic ties to matriarchal goddesses. Linked to the Akashic Records, the astral ancestral library where everything that has or will ever occur is recorded, the Acacia trees in Heliopolis were thought to have been the birthplace of the very first deities. Heliopolis (called On in Lower Egypt), was the ancient worship center of sun-god Re whose celestial boat was made of Acacia wood in its hind parts (palm wood in its fore-parts). The mythologies of Ausar-Auset are Heliopolitan in their derivation and orientation, e.g. the reference to Ausar as ‘the one in the tree… the solitary one in the acacia.’ This saying was based on the version of their story in which Auset releases her husband’s body from a pillar in Byblos [a prophecy relating to the scripted bible?] that had been fashioned out of the tree which enclosed the coffin King Ausar had been tricked into entering as Set’s ploy to usurp/colonize Egypt’s throne.

Symbolizing the immortality of the soul in Freemasonry, the thorny acacia tree otherwise represents Ausar’s backbone, depicted as the Djed Pillar in this particular mythological account.

Trees act as resurrection portals and/or gateways between worlds in ancient Egyptian Mysteries, such as the Sycamores (associated with goddesses Nut & Hathor) through which Re rises as the Sun each day from the east: “I know the two sycamores of turquoise between which Re comes forth, when he passes over the supports of Shu to the gate of the lord of the east from which Re comes forth” [Book of the Dead: Ch. 109]. Auset & Nepthys were regarded similarly as “the two Acacias.” Thus, these Mother Trees act as do the two lions which hold open the portal for the “Spiritual Sun” Sopdet to rise as the consort of Sah during the Lions Gate season, in order to usher forth the blessings of the Galactic New Year with the annual inundation of the Nile River.

Their child, hawk god Heru-Sopdu is referred to as “Lord of the East,” thus presaging mythologies surrounding the Ausar-Auset-Heru trinity as archetypal personifications of key spiritual motifs that connect us organically to our higher selves… “As above, so below.”

“As within, so without” is a principle that plays out in the eternal relationship that exists between Ausar-Auset, their love representing a Heaven-on-Earth divine order, which is interrupted by the chaos that Set’s predatory & parasitic rule brings, i.e. until Heru is able to successfully accomplish his Hero’s Journey and restore Ma’at/UbuNtu… unity-consciousness. For Africa, the earthly source and staging of these love-as-salvation narratives, Set is representative of a false matrix built on slavery, (neo)colonialism, apartheid, misogyny, misogynoir, etc. – controlling foreign narratives which have in-formed external elite-run global systems & misled most of humanity into profound states of isolation, alienation, disconnection, and disorientation from organic & natal bonds.

Again, in this case the acacia reference represents a fascinating organic matriarchal portal between worlds for Heru as a human prototype resident in each of those who do not entertain predatory or parasitic relationships of dysfunctional dependency [read “slavery… apartheid… (neo)colonialism… misogyny… misogynoir…”], but strategically translated into self-referential Europatriarchal scripture as mankind’s singular “savior” [Jesus]. Deep inside Africa – the regal lion‘s natal home – the acacia tree itself has a characteristic dome-shaped canopy due to the way indigenous giraffes graze, which they have to do carefully because the acacia senses this feeding activity and releases tannin, a defensive poison that can kill from the overgrazing of its leaves. The acacia then emits ethylene on the wind, a chemical that alerts other acacia trees to preemptively defend themselves against “predators” by producing tannin also. 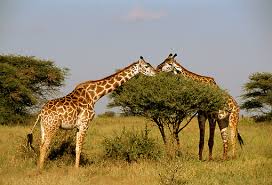 DMT, a hallucinogen associated with spiritual experiences, is present in various species of the tree such as the Acacia Nilotica.

The Lions Gate represents so much to so many, especially during this dramatic period of humanity’s ascension in 2020 (Gregorian timeline). Feline power, highly revered in Kemet, is front and center as the astrological symbol for Leo and also as the identity of an African goddess annointed as “Opener of Heaven’s Door.” Among her other titles, Goddess Seshat – “Foremost of the per-Ankh” – is also known as the “Panther Goddess” and “She of Seven Points” in reference to her highly emblematic dress and crown, respectively. Appropriated by Europatriarchs in their design of Lady Liberty following America’s post-Civil War end of slavery, Seshat‘s 7-pointed crown has symbolically countered the racist & misogynistic tendencies of false 3D matrix systems. Seshat‘s traditional panther-skin dress returns our consciousness to humanity’s African source and the need to descramble & purge predatory Victorian-era matrix codes which, during the receding Piscean era, morphed into parasitic neo-colonial arrangements, hijacking the human spirit and its potential. 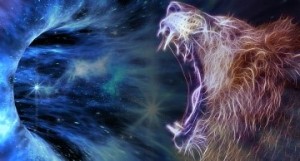 These & other ancient unity-conscious codes [UbuNtu] are key to human ascension and Heaven-on-Earth reparations in the dawning age of Ma’at... “Return, return, O Shulamite; return that we may look upon thee…” [SoS 6:13] “Behold, I come quickly: hold that fast which thou hast, that no man take thy crown.” [Rev. 3:11] Blessed Be… ❤ ❤ ❤